Become everyday saints. Bring God’s joy and peace to the families and communities of North America.

The Federation of North American Explorers (FNE) is a volunteer Catholic Faith-based youth movement that teaches responsibility, promise, commitment, leadership, service, and loyalty. We explore nature, the outdoors, the community, service to others, and the Catholic faith.

Explorers is a method of education of the child through a pedagogy developed by Father Jacques Sevin and Baden-Powell.

We welcome you to explore who the FNE family is. My hope is that through browsing our website you will be inspired to explore the depths of the program awaiting your son or daughter through a well-proven program and method. We would be honoured and thrilled if you or your child joins us in this positive and exciting way of life.” 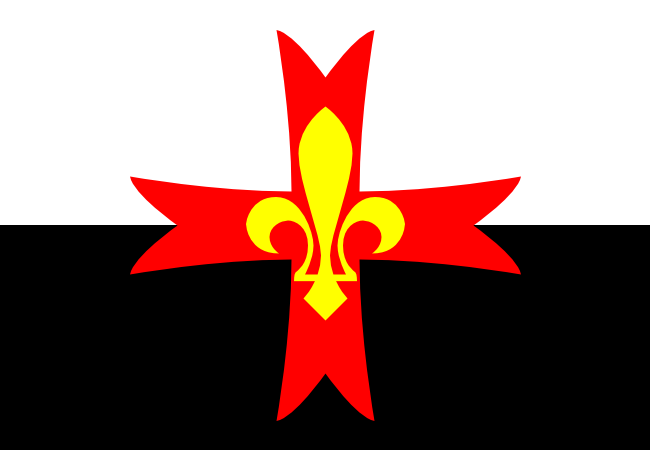 The Baussant is the flag of the Guides and Scouts of Europe and the Federation of North American Explorers. The word “Baussant” comes from old French meaning “beau signe” or “beautiful sign”. This banner was created and adopted in 1966 during the movement’s pilgrimage to celebrate the millennium of – Mont St. Michael.

It is directly inspired by the Templar banner and has a two-tone background, black on the left and white on the right. As on the Templar gonfanon, where they are superimposed, these colours illustrate the fight of good against evil. On this background is the emblem of the movement, i.e., the red Maltese Cross with a golden fleur-de-lis. Our FNE Explorers and their leaders commit solemnly on this Baussant when they make their Promise.

In the centre, the eight-pointed Cross with the fleur-de-lis reminds us that the victory of light over darkness started with the sacrifice of Christ on the Cross.

The Baussant pictures our will as FNE Explorers to help establish the reign of Christ in our lives.

The white part of the Baussant represents the “banner of Christ”, Heaven, and the works of the Holy Spirit. The black part recalls the earth and our daily commitment to act practically and to fight evil.

White and black are two colours that have always depicted light and darkness, and therefore also symbolize the fight of good against evil which takes place in the world and in the life of each one of us.

The emblem of our movement is “an eight-pointed cross, overlaid with a golden fleur-de-lis”. It was chosen by the founders of the movement in Cologne, Germany in 1956.

The red Maltese Cross recalls the ideal of former knighthood, in particular, that of the Order of St John of Jerusalem, red being the colour of generosity and courage. The eight points also recall the religion of our movement’s members, and the red, the blood of martyrs. The eight points illustrated, for the former Knights of Malta, the eight virtues of the Beatitudes of the Sermon on the Mount that they were to acquire.

The fleur-de-lis is the Explorers universal emblem, recalling the fleur-de-lis pointing North on former maps – and thus in the right direction-, and its points illustrate the three main virtues of explorers, i.e., truthfulness, devotedness and pureness.

The emblem of the movement is worn on the four dented hat, the chest, the belt buckle, and the movement’s flag, called the Baussant.

The purpose of the uniform is to form a single and united group, showing no difference in clothing styles that would indicate the origin or social level.  A visual expression of the whole pedagogy, the wearing of the explorer uniform is also a sign showing the organisation’s unity wherever there are groups of FNE Explorers. 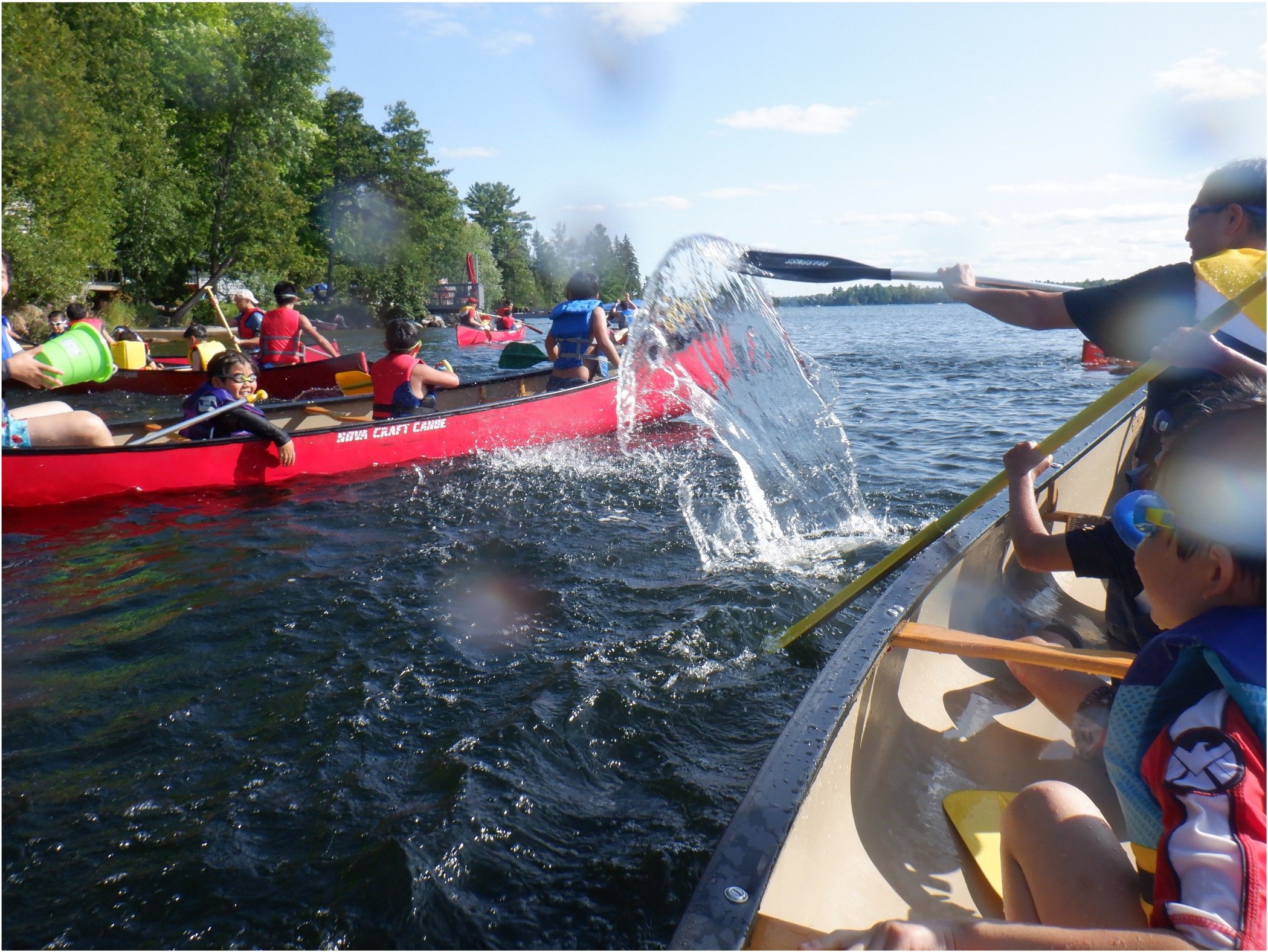 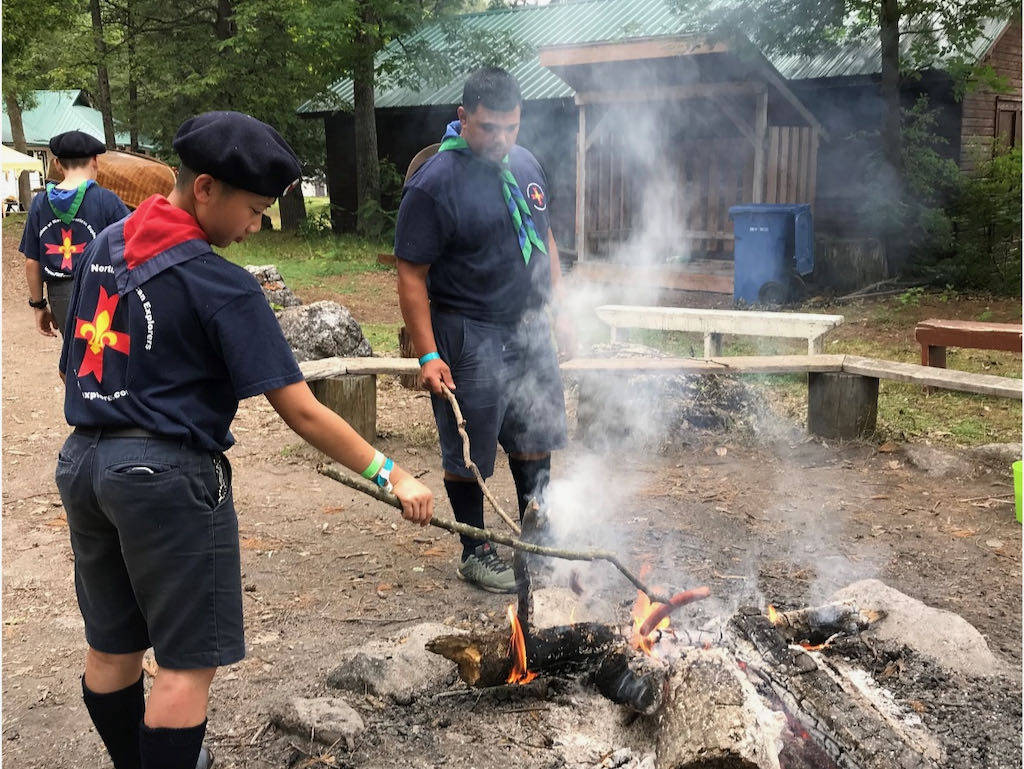 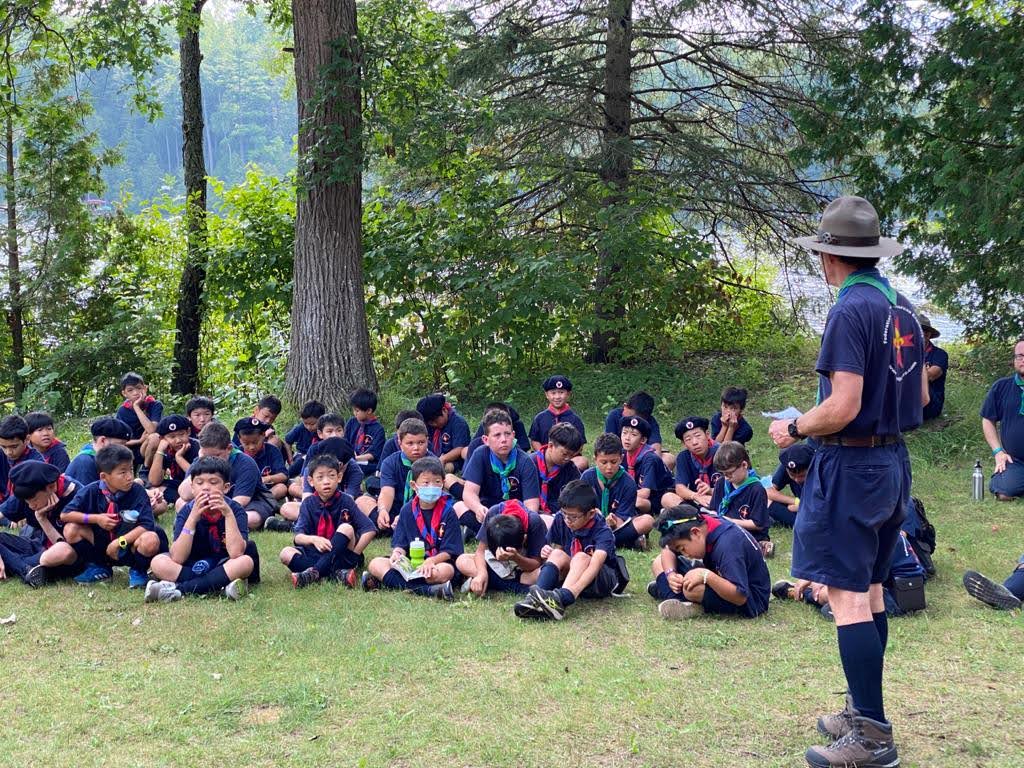 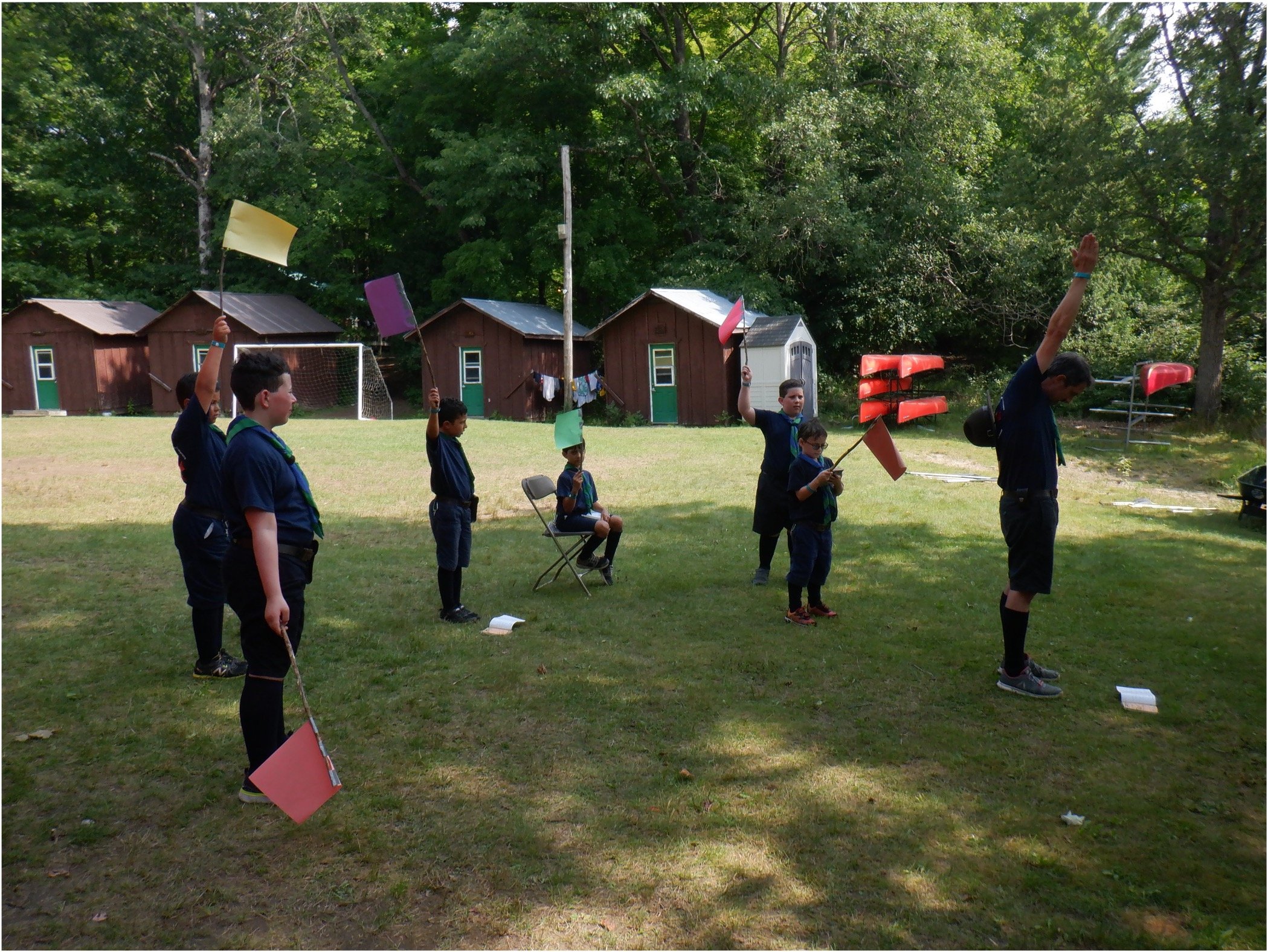 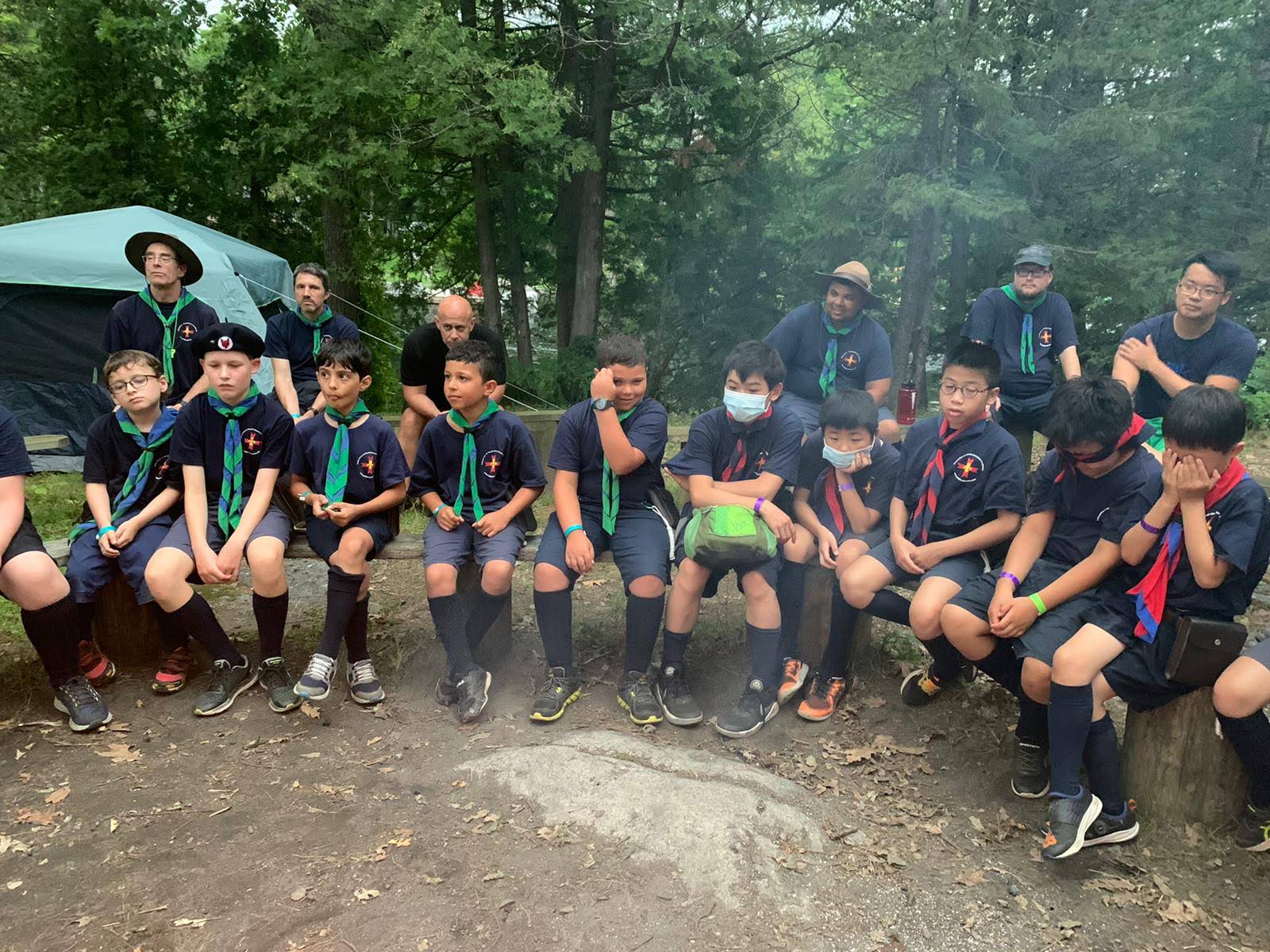 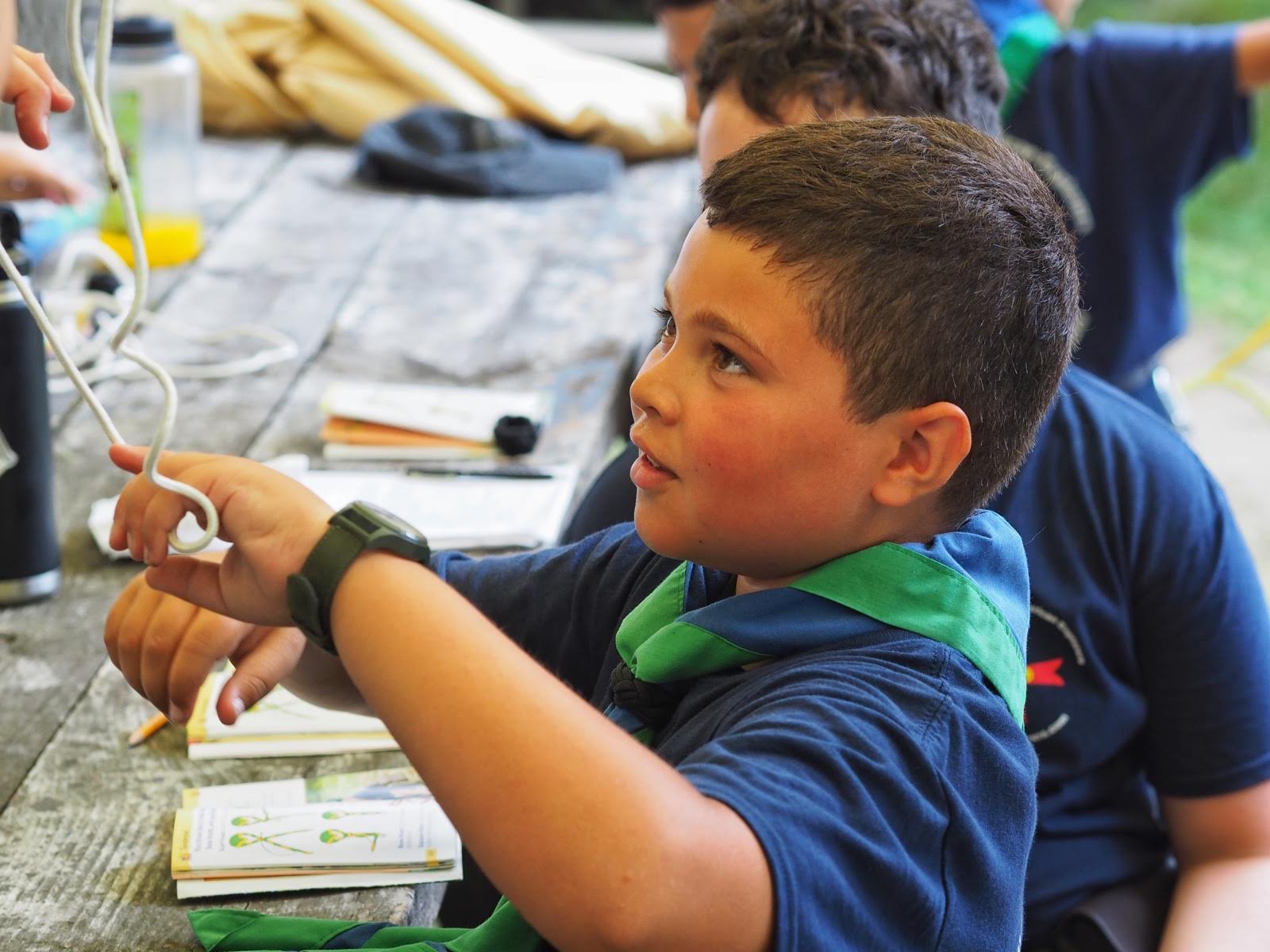 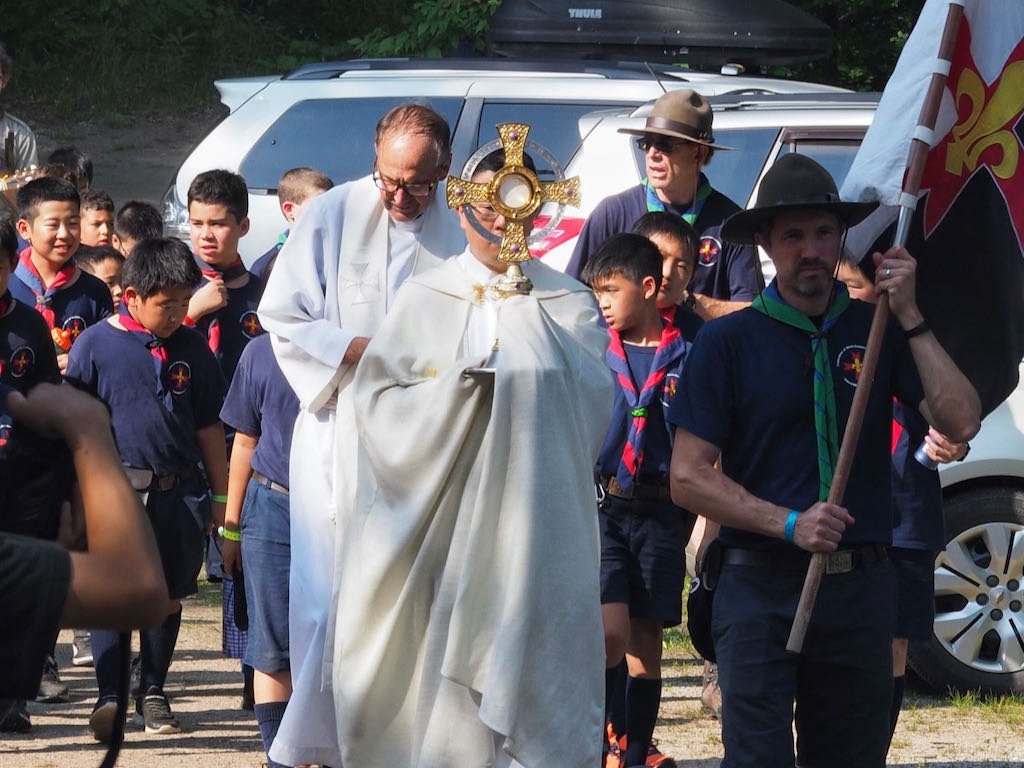 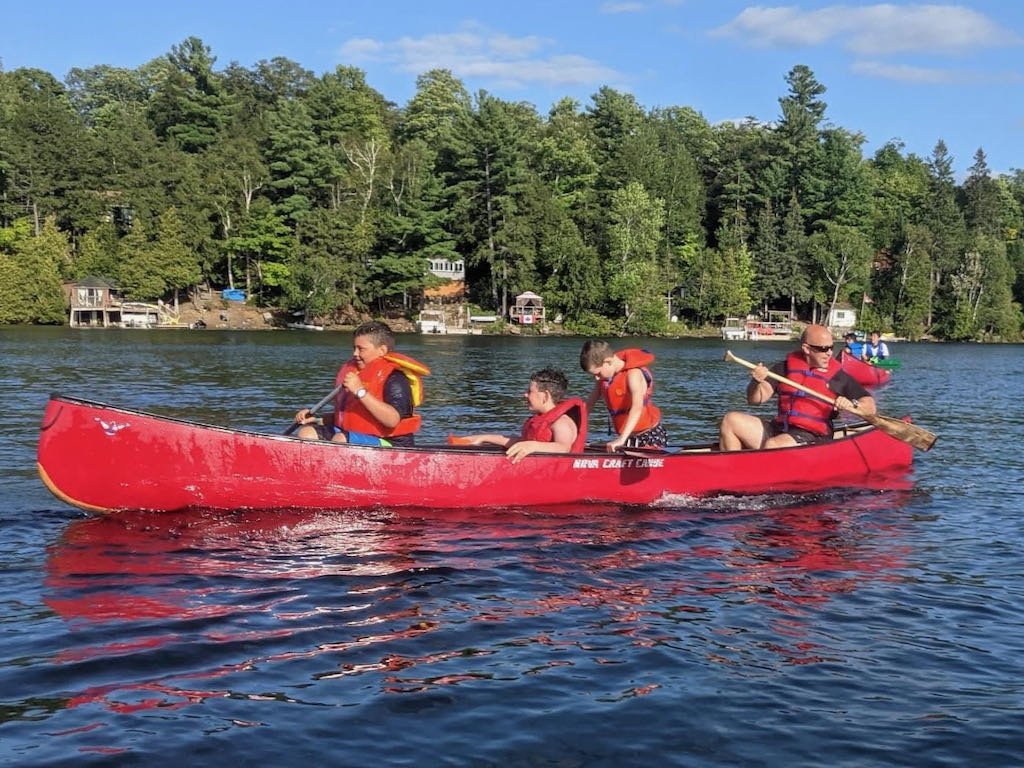